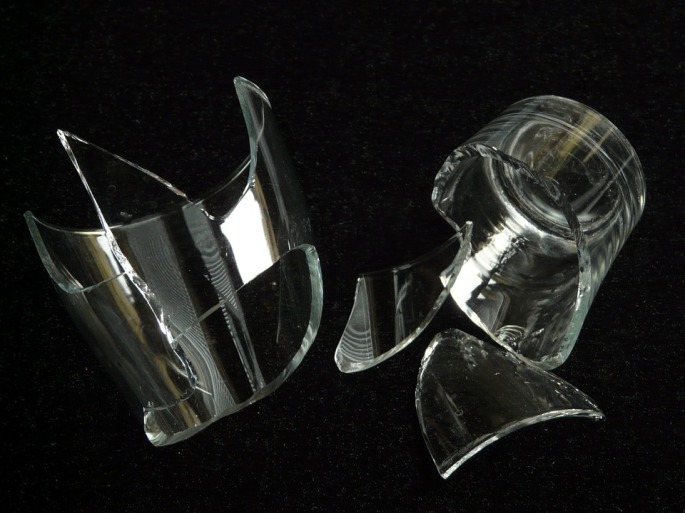 We were in bed when the future called. Lara sat straight up. ‘Oh god,’ she said bunching the bedclothes up against her mouth. ‘Answer it,’ she breathed, her eyes wild and staring. ‘Answerit, answerit ANSWER IT.’ Then she forced a fist into her mouth biting down and next she was hitting out at me arms windmilling like a wild thing, ‘Answer it.’

‘So how er…?’ ventured Lara who’d been watching closely.

‘Until they call?’ The tech smiled benevolently, ‘Couple of days for them to make the connections back at the office, then…’ He trailed off. ‘What they can do,’ he mused as he packed up. He gave the phone a quick wipe with his handkerchief and then he was gone and we were alone with it. It was just a heavy dark blue bone-shaped phone but when you put your ear up close you could hear something, definitely something, buzzing, a murmuring back there.

So come Monday it was work as usual but at the office I found I couldn’t stop thinking about it—I was distracted in the discussion, tardy for the task force and imprecise in the focus group. So by four I feigned a family headache and left for home; privately, I just wanted a few hours alone with it just to think through implications but when I opened the door Lara was already there.

‘How long have you?’ I asked trying to keep the resentment out of my voice.

‘No. No they didn’t,’ her light-heartedness falling away. ‘Maybe we should stay with it,’ she tried. ‘Don’t want to be out when the future calls.’ That’s another of their slogans.

‘The tech said it would take time, a couple of days,’ I said.

‘Dada, how wong’s a coupla days?’ she asked in her pouty baby-girl voice.

‘Well a couple is two,’ I explained being all grown up.

‘Two days to make the quantum connections,’ I said, ‘so it’ll be ready Wednesday.’

‘Uncertain,’ she agreed slumping onto the sofa.

I went over sat on the arm and kissed the top of her head, along the parting, smelling her particular musky salty smell. ‘We’ll go to work tomorrow like normal,’ I said. ‘Then tomorrow night I’ll cook us a big dinner to celebrate and we’ll go to bed and then it’ll be morning.’

She grabbed onto my arm, ‘Wednesday morning,’ she repeated checking.

‘And that’s when they’ll call.’

‘The future,’ she whispered pulling my arm close about her. Yes the future.

Tuesday began like every other day—we woke, showered and took on carbohydrates, fibre, nicotine and coffee but underneath we were fighters circling each other, wasting time, waiting for an opportunity the easy opening. I lingered over toast and in the kitchen Lara washed and dried each utensil. When it was getting unreasonably late, I said, ‘Well, it’s time. Are you…?’

‘I’m just…tidying,’ she called from inside a cupboard.

‘I’ve had a…a cancellation,’ she announced defensively. ‘And what about you?’ she said quickly turning the tables.

‘A reallocation, a reprioritization, quite sudden really.’

By afternoon a yellow buttery sun had filled my half of the room with a warm snuggly brightness while across from me Lara sat in shade all tense and nervous her leg jigging up and down as she worked. She was watching me glancing surreptitiously.

Next thing I know the room’s dark and she’s gone—I must have fallen asleep. The phone! They’ve called and I’ve been napping. I rushed for the bedroom and there she was holding the phone to her ear listening intently concentrating hard.

She shook her head. ‘No.’ Slowly she lowered the phone. ‘No.’ Then she flung it down and ran sobbing to the bathroom, slamming the door so the glass rattled.

Gently, I picked the phone up and held it to my ear. Nothing. I put it back on the table in its original position, straightened the cabling fiddled about then picked up the handset again. Was there something? Still holding it to my ear I turned slowly and there was Lara peering at me from the bathroom. When I met her eyes she slammed the door again.

By now it was getting dark so I started dinner—a big roast, potatoes and pumpkin. I know it’s wasteful when there’s just two but you don’t celebrate the future calling every day.

Once everything was bubbling away on the stove, I went and stood outside the bathroom put my ear to the glass and listened. Nothing. Quiet. Maybe some breathing somewhere, some huffing back there.

‘Lara,’ I called in my singsong Daddy’s voice. ‘Lahhh-raaah.’ No reply. ‘It’s nothing,’ I said reassuringly. ‘There was nothing there.’ She didn’t reply.

I walked back past the bedroom and there in the darkening room the futurefone had started to glow, ever so faintly. You could see it if you turned your head and glanced sideways. It was coming alight with some excited energy, subtle, very slight but the connections must be going through making their way through the vortices of the future, discarding dead ends, avoiding temporal culs de sac, charting only the most probable future, the waveform collapsing into about as certain as you can get.

WHOOP, WHOOP, WHOOP. Lara shot out of the bathroom and ran straight into me. I’d been fixed like a statue all this time and now the apartment was full of smoke. WHOOP, WHOOP the fire-warden was whooping away like crazy. The meat was on fire, the kitchen obscured, the pumpkin had turned to spitting tar on the bottom of the skillet and the pan juices were flaming the light fittings. Soon the automatics and nozzles turned the kitchen into a steaming pre-Cambrian mess.

So Lara and I went to bed. We went to bed and lay in the dark, breathing together. She inhaled as I exhaled, she exhaled and I took in her spent air. And we talked but didn’t say a word. In my head I said, ‘How the question changes—what the future might say becomes when will they call, becomes will we survive? We are crystal vases falling, bracing ourselves for what’s coming.’

Silently Lara replied: ‘What if it turns out I shouldn’t have married you? Or we should have had kids, two or three like we first said? That I should have moved to Aspen or Burbank or Tijuana? Or that all the decisions I ever made have woven a carpet of ruin and misery for us both, or worse, what if they didn’t make any difference at all, and the result is…is…?’

We lay in the dark with the sheets up to our necks our eyes open, smoking cigarettes, watching the embers take flight, dipping and zooming in the void. Maybe we dreamed—we were ancient fishes all razors and mouths and hunger lost in the deep down deep, where no light penetrates and the water weighs a ton. And the blue glow of the futurefone was the far far distant surface just a hint of light up there, the light we were rising to, the light we were swimming to.

And when the future called it was truly wonderful. They spoke to us in aphorisms and platitudes that we couldn’t even begin to understand. I tried to write some of it down but it was all too hurried (which was a little disappointing). But now when I think back on it, it wasn’t their words that I remember as much as the ringing and tinkling in the background behind their voices, the sounds of the world to come.