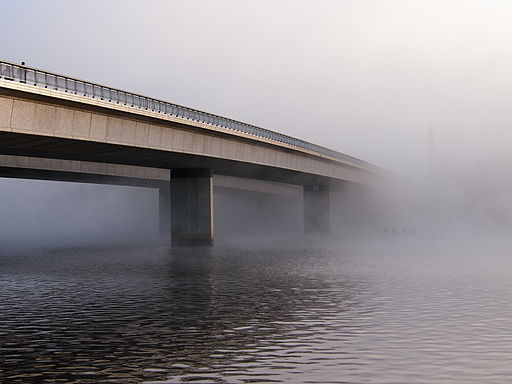 “it is relatively easy to perceive that Gogol must have intended [The Nose] as a satire on social climbers…but it will become clear that…under the guise of grotesque farce, a drama of sexual failure is enacted. Spycher, P., The Slavic and East European Journal, 7. No. 4, 1963, p. 361

An empty signifier
G reckoned that it was all extraordinary and happened in the Capital one autumn over a few days, barely a fortnight. What I find extraordinary is that nowhere in this celebrated story, amongst the whole cast—the drunken barber and his harridan wife, the corrupt and lazy police, the clamouring crowds and the censorious media— nowhere is my voice heard; I’m an object, an empty signifier.

You remember the story. Probably you’ve read it in one of those yellow paperbacks that publishers produce to satisfy the public’s insatiable appetite for salacious gossip and titillating mischief.

In part one, Sweeney the barber hung-over from another all-night bender finds a nose in his breakfast roll. Fearing it may be the result of some mis-shave where his unsteady hands haven’t been able to push someone’s schnozzle sufficiently out of thPe way of the razor’s arc and keen to be rid of any evidence before the police come knocking, he decides to toss the appendage from Commonwealth Bridge. In part two, K, a mid-level bureaucrat, wakes one morning to find his nose gone—no wound, just a pancake of skin with a pair of holes in its place. During the next fortnight, the Capital being a small town, he spies the Nose in the back of a car on Barry Drive, and on Sunday in the congregation at All Saints. There K makes a scene, loudly begging it to return. The Nose refuses because by this time it has become a local celebrity with a crowd accompanying it on its daily power-walk around the lake, features in the supermarket glossies and a regular spot on talk-back radio. After further nonsense, the Nose is returned by the one honest policeman in the whole tale (mind you, he wasn’t above soliciting a small consideration for his trouble) and Nose and bureaucrat are reunited.

G is right when he asks why authors bother to write such nonsense. Satire? Magical realism? Pah! The story is a complete tissue. This is what really happened…

The Grain of Truth
Where to start?
Start with Nina. Nina of the loaves.
My beginning and end, my beloved. Floured arms, aproned and
oven-flushed, I see her now wiping sweat from her brow
as risen loaves are racked into ovens.
Pillowy pulchritude Nina the baker’s daughter.

I can still see this rose-complected beauty, hair tied
with a flour-cloth astride the bakery like a brigantine in full sail,
hefting buns from oven to counter. Juggling pies and pastries,
as with whip and chair she would direct
a cageful of unruly felines onto their proper tubs.

If it’s a ship, then come about and prepare to be boarded.
And if that’s a whip my dear, hear me meow.

Alas, where in the stories of this world (and others) is love ever easy?
Here’s Nina’s father Jacob, paranoid protector of her gaze and her virtue,
who with all his varieties—rye and wholemeal, plain and fancy, buns and bagels—twists filial duty into a rope
round her ankle, (round her neck). For all its leavened goodness, the bakery is a prison.