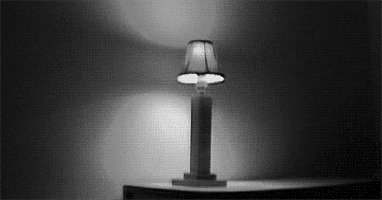 Day’s gone, it’s already dark and the insufficient street lights are coming on. There’s no colour in the traffic and the pavement is crowded. Everyone is walking out of brightness into shadow, hundreds of figures moving in and out of the murk.

He watches from the window as she moves through the crowd.

Here’s Kitty emerging from under an awning. She’s approaching a gang of boys in busting parkas and reversed caps. They’re on a collision course. For a moment he loses her as they come together into a single mass going into shadow. Then the boys re-emerge on one side of the awning and a moment later there’s Kitty. Now she’s lit by a shop window—a hardware store, hung hammers and saws. Again she’s falling into shadow at the mouth of the alley. No. Wait, isn’t that’s her? Kitty’s coming back – she’s turned around and is walking back up the hill. Oh no, she’s run into a crowd of commuters up from the subway spilling out onto the pavement, pressing through, hurrying. It’s hard to see. There she is pushing a pram laden with grocery bags; here walking arm-in-arm with a laughing girl; now she’s become a man with a phone at his ear, waving his arms about as if he were the only one.

The darkness of the street buds off interchangeable plastic forms, little islands of light out of the undifferentiated blankness: a lit shoulder, a spangle of a necklace, a hand raised against the glare of a car’s headlight.

He tried to follow all of Kitty’s shape shifting and direction switching — one moment growing taller striding purposefully, next bent over with a cane tugging a Pekingese. Dawdling, running, rushing helter-skelter — until after a time he couldn’t be sure whether Kitty or any remnant remained.

All he knew for certain was that she was gone.

A yellow flame
through summer’s dry grass,
ash hisses on the still waters.

A haibun is a poetic form combining prose and a haiku.
[To be continued] Here’s the first installment of What I know about time.