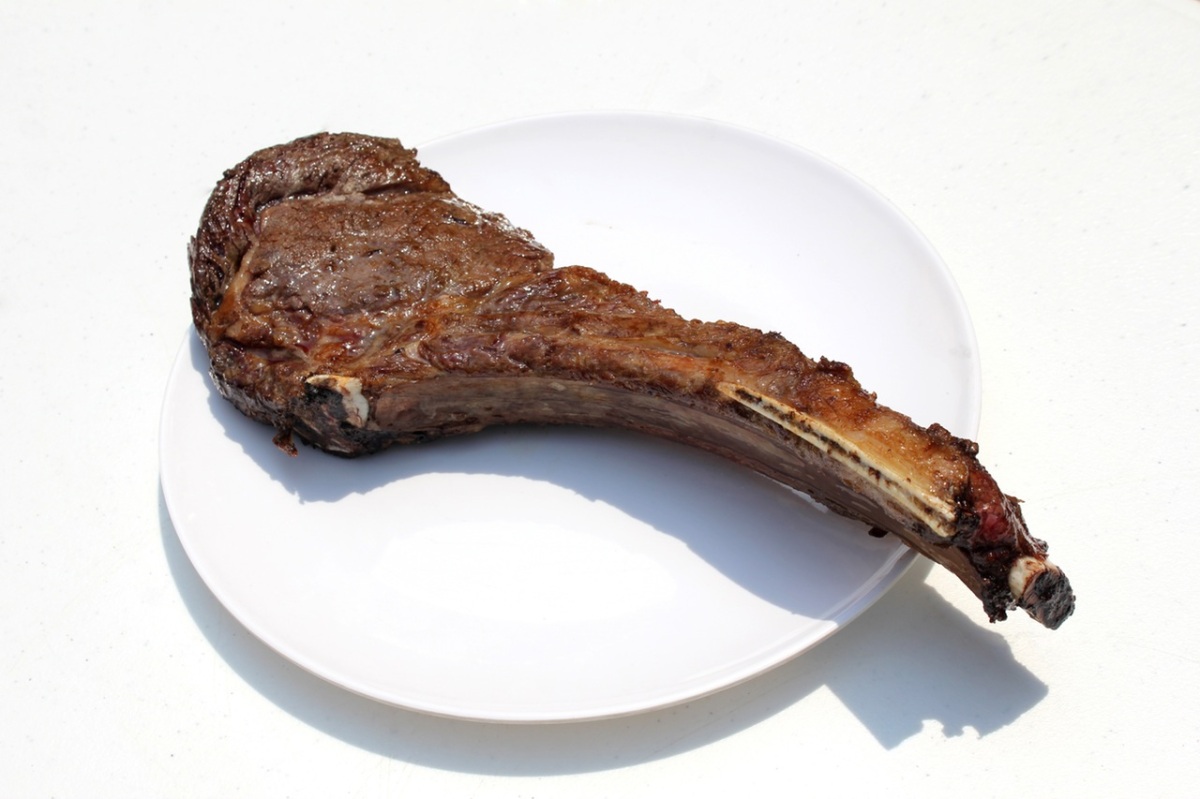 [This looks so much better on my site]

‘It’s tough,’ she said through a mouthful of gristle, munching extra loud to make a point.

‘I got it from that butcher, it’s rosemary and mint.’

‘He’s too expensive,’ she said dislodging a piece with a deft fingernail. ‘Have some coleslaw.’ She dipped into the bucket and ladled a dripping spoonful onto her plate. ‘Go on, it’s good for you.’

He took the only tomato in the place and put it on the cutting board. ‘No thanks. All those sweeteners and shit. Here look on the lid: sulphides, phenylaniline, preservative 220 you know that sets off my asthma.’ He wheezed for effect.

‘Nonsense,’ she replied. ‘Today’s food has never been better, cleaner, full of vitamins.’ He thought about anorexia and Gandhi and detainees who sew their lips together—food was power.

But then there was always a point of acquiescence, of consent. He looked at the curled grey chop on his plate—food economics, food politics, food wars.

He pushed the knife against the tomato’s skin denting it, the internal structure collapsing into juice. ‘Haven’t you got a sharper—OW.’ He’d pressed harder and the blade had slipped and sliced across his thumb. ‘Fuck. Fuck FUCK.’ He pushed the wound together as blood beaded and ran.

‘Run it under the tap.’ She pushed her chair back, reaching for her stick. For an irrational moment he wanted to blame her – for the knife, for the coleslaw manufacturers, for the vertically-integrated corporation that had devised long-shelf life tomatoes and forced every hapless grower in the valley to plant them or miss out on supplying anyone ever again.

Even as he squeezed his thumb he knew that the cut would be sore for days. Despite everything he felt tears welling up. He was a grown man for chrissake but things were still a battle: his upright insistence on being good undone by so many wasted days; people, his wife and his mother, drifting away. He slumped inside.

‘Let me,’ she said and although he was perfectly capable she took his wounded hand and lead him over to the sink.