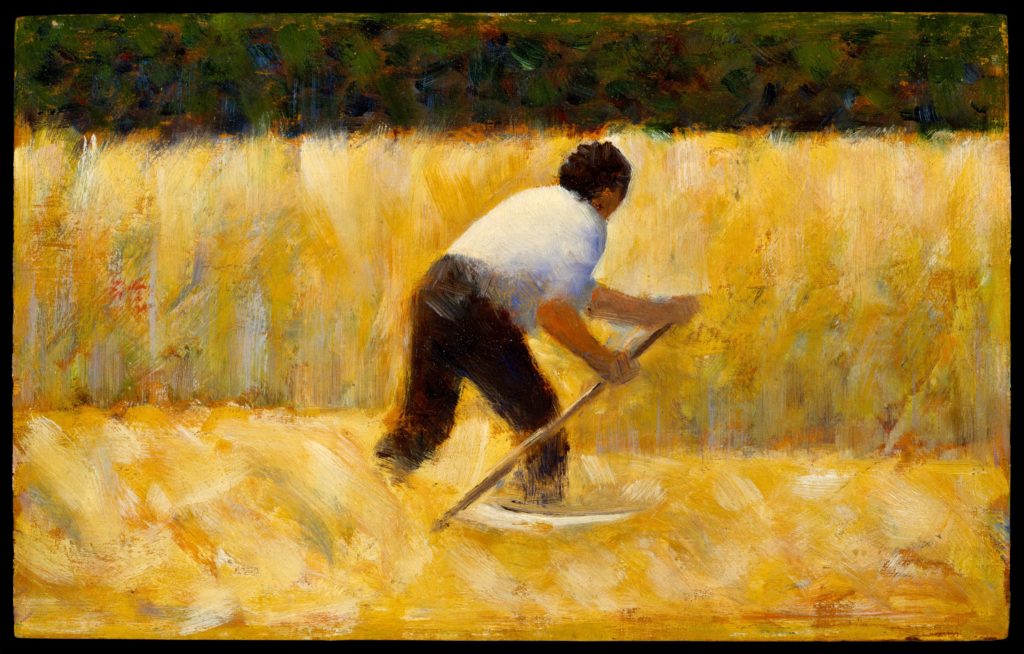 I
rises from the back blocks and playing fields
hackers and homeowners
incantations over pull cords
and bloody knuckle repairs
on burning driveways
while offshore, nimbus cummulate
in the citadels and spires
of that metropolis we turn to
when emotion clouds in.

II
this last sweet day, still holding light
grass bludgeoned to a planar of memory
(remember)
the Swans in 05 when
with nothing on the clock
Leaping Leo pulls that
pigskin out of the sky
and holds and holds against the flood of time
— you could hear hearts breaking
from Rotto to Mandurah.

III
the sound of the crowd
the sound of fat on a hotplate
charity sausages outside Bunnings
folded in a slice of Tip-Top,
sauce dripping on your boots
like it was your life-blood.
the groan of the shed’s hinges,
the windchime over
again that same pentatonic
—the screen door slams again.

IV
by 4 the mowers are done.
already the season turns
each day from now on
though suffused with brilliant light
carries a winter tucked inside
a worm in the bloom &c.
beneath its gloss and dusty glamour
autumn’s using its last reserves
just to keep upright.

A seasonal piece on the persistence of grass.

For those unfamiliar with the demotic of suburban Australia, Leaping Leo Barry was a defender in the Sydney Swans AFL (a kind of football) team who defeated the West Coast Eagles in the 2005 grand final. Famously Leo held onto a ball in the last moments of the game, thwarted the Eagles’ last attack, and secured a tight victory for the Swans, their first in 72 years of competition. You can watch the moment here. Rotto refers to Rottnest Island off the coast of Perth in Western Australia. Mandurah is a township south of Perth. Tip Top is a mass-produced white bread. Bunnings is a chain hardware store.

And today’s avant-garde selection is Dickie Landry’s 15 Saxophones from 1977.

3 thoughts on “The sound of mowing”