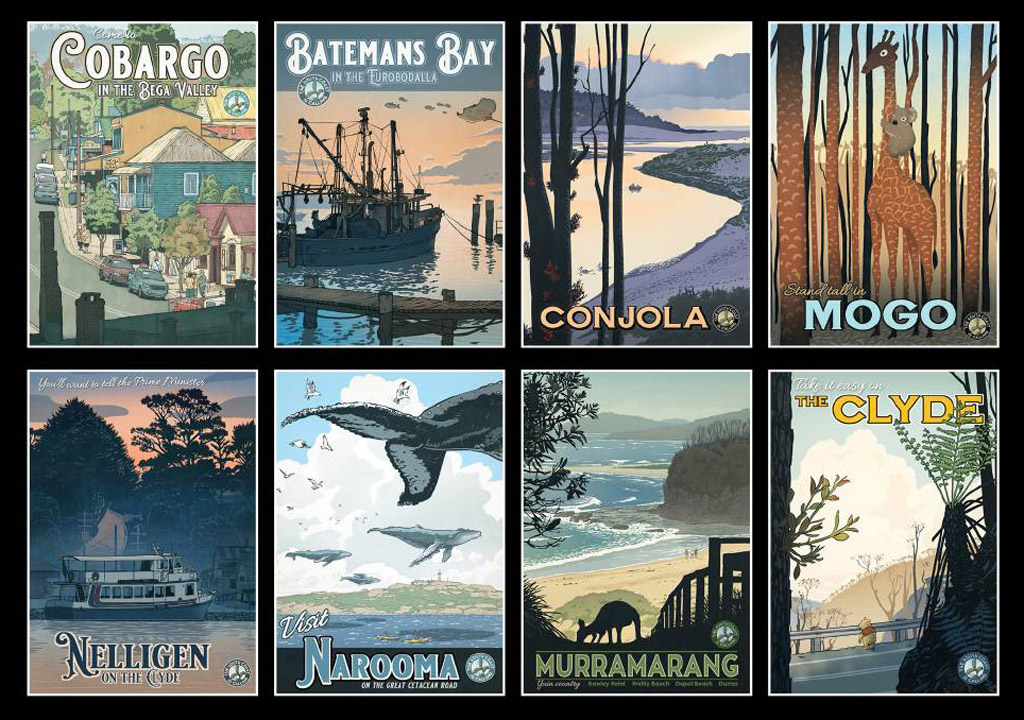 revealed tracks to smugglers’ shacks and everywhere vivid
as weeds explode in the new light.

then the burned clean-off sign —
a black rectangle reading the ruin all about.

Mogo
Pan for Gold on a bare cinder above the wreck
fencing wire, a cooker, a car on the verge

paint burned off glass gone wheels
run into the clay, and another…

The shock of a house bombed,
roof sheets like trash on a windy day

‘gone in 10 minutes’, a photo of the grandkids,
wedding rings pooled in the dirt.

A stone crack’d
a jar on the ground

(his son grew up here. day after they caught him looting,
stealing from his own, cops beat the shit out of him).

but for the police tape the house is fine —
stairs correct, windows, walls upright

the other side has sloughed off,
TV and sofa open to the sky and the prospect of rain.

Broulee
The men lean on their cars watching the evening swell. They can’t help talking about it
“…fucked for days then coming on roaring and it was on for young and old and I said fuck man this is it really…”

when the water-bomber came through.
Horses in paddocks pensive, backs in white ash.

What happened here? — some elemental (n.)
purifying the land of shopkeepers and phone towers

Rosedale & Lilli Pilli
Divine the pattern who’s burnt
and who’s saved? It went up this side of the street, turned

all these but not this one — some pyro-calculus and
our Father’s thumb (ever) feathers the scales.

I remember at New Years the crack —
it was the past, gone like a continent calving

in the morning there’s cliffs and a broad reach of water
where yesterday we stood so careless.

Only Hope was left
within her unbreakable house,
she remained under the lip of the jar,
and did not fly away.

Image: Australian Cartoonist David Pope has …drawn some posters of NSW South Coast places, in the aftermath of the Australian bushfires. These will be available for sale as prints and posters to raise money for recovery. I will post a link on my site once they become available for purchase.

There’s more on the Bushfires in South East Australia that extended from late Winter 2019 through to 14 February 2020 when the last fire was officially contained.

The jar in this poem refers to Pandora’s jar (no, it wasn’t a box) in which she released Zeus’ revenge on humans for our role in acquiring fire from Prometheus.

And for no other reason here’s the wonderful Necks with their latest.